Located on the Sevier River about 32 miles south of Richfield, the rehabilitation of Piute Dam was the most difficult and expensive project undertaken so far under the State of Utah’s dam safety program.

Original construction of Piute Dam began in 1909 with several periods of repair and reconstruction through 1935. Several factors combined to place Piute Dam at the top of the state’s priority list for rehabilitation. These factors included upstream slope stability issues associated with rapid drawdown and seismic activity, no guard gate on the outlet works, potential seismic instability of the control gate, lack of a filtered internal drain system, and inadequate spillway capacity. An additional complicating factor was the dam’s original construction method of rolled earth fill and hydraulic fill.

A stability berm was constructed, and the upstream slope of the dam was flattened to provide greater embankment stability under rapid reservoir drawdown and earthquake conditions. New riprap now protects the embankment from wave action.

Piute Dam’s outlet works were modified to provide a guard gate at the upstream end and a new control gate within the outlet tunnel. These improvements facilitate inspection of the outlet works, provide increased earthquake resistance, and significantly increase the capacity of the outlet.

A new internal drainage system collects seepage water as it passes through the dam. The drain material also acts as a filter to prevent piping failure of the dam. By using a slurry-trench method of construction, a cost savings of approximately $2 million was discovered. The bio-degradable polymer used in the trench was an innovative approach that was new to this type of construction.

A new fuse plug spillway will pass the design flood of nearly 100,000 cfs without overtopping the dam. The fuse plug design also saved millions of dollars over other designs considered. 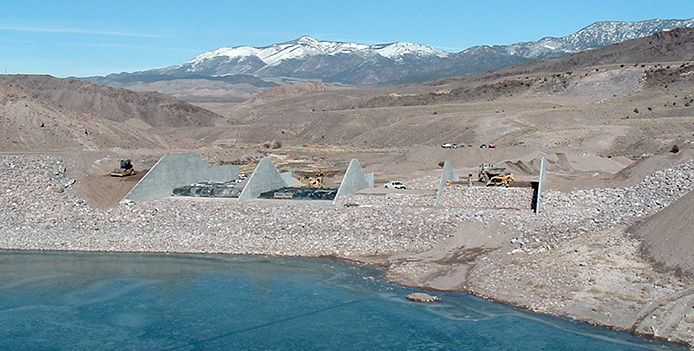 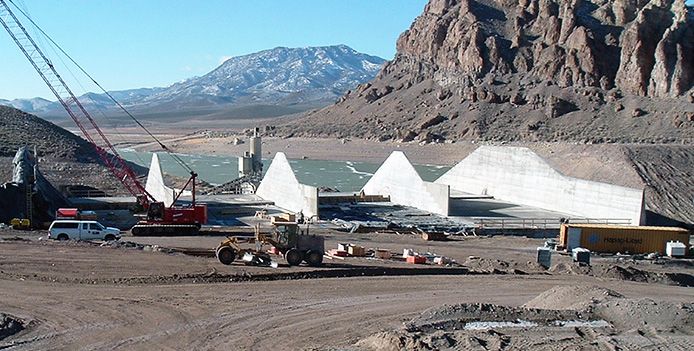 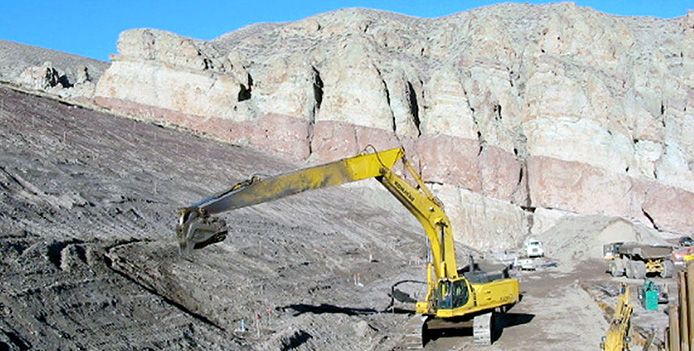 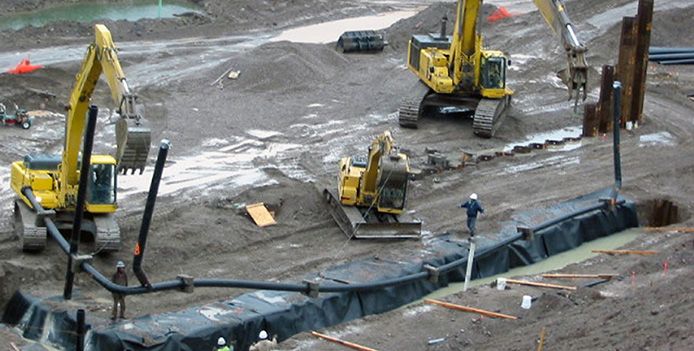 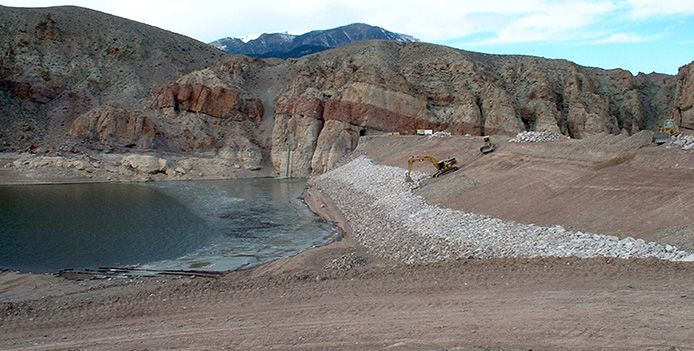 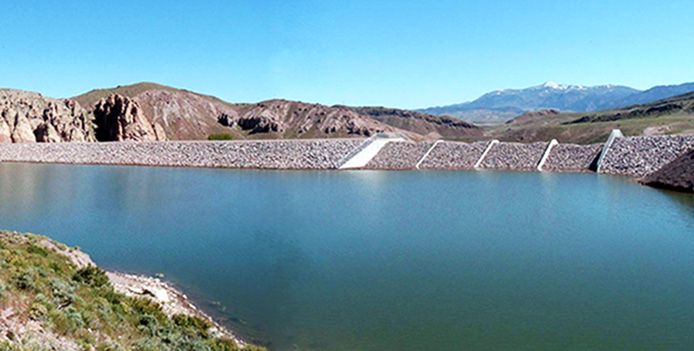 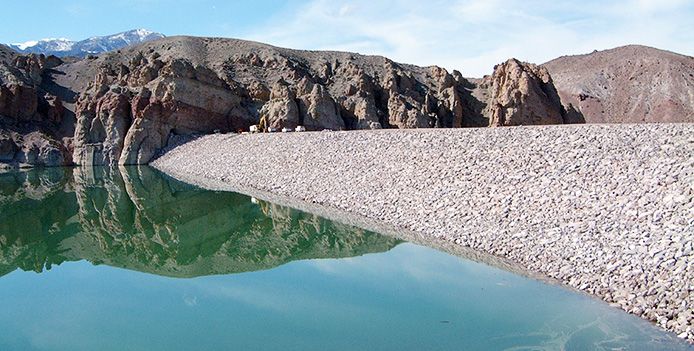